Wood; the material out of which which the bulk of the bench is made and decorated. It is essential to look more closely at it, especially with my focus on the landscape and the environment.

Marquetry as a way of adorning objects has a long history. Evidence of its practice has been traced back to the ancient Egyptians, with the Greeks and Romans carrying on the tradition of beautifying their furniture with rare wood inlays. In fifteenth-century Italy, a method of decoration called intarsia became very popular amongst the elite. Solid timber was hollowed out then filled in with valuable metals, precious stones, ivory and rare woods. Marquetry differs from intarsia; thin layers of wood veneer are cut, collected in a design, and laid out over the surface which is to be decorated’ rather than inserted into a hollowed out base.[1] This jigsaw of different wood veneers is precisely how the bench decoration was made.
Read more »
Posted by Clareangela at 12:11 No comments:

Mastering Colour and other tricks

High definition colour feels like an entirely modern invention. Saturated manipulated photos, flat screen LCD tvs and 3D cinematic experiences combine to produce a visual pummelling apparently like never before. We have become so accustomed to synthetic colour that we take it for granted, like a cake addict, we are immune to the occasional treat.

So when we emerged blinking from the national gallery basement last night, our eyes had been reset and our brains reattuned to the special nature of the colours around us. The ridiculously blue cock and the bright flags of Trafalgar Square shining in the sunshine had taken on a new significance. They seemed to be a continuation of what we'd seen in Making Colour. A colour wheel of life, perhaps.
Read more »
Posted by Clareangela at 12:10 No comments:

Some notes on identification: Ruta graveolens and Elector August 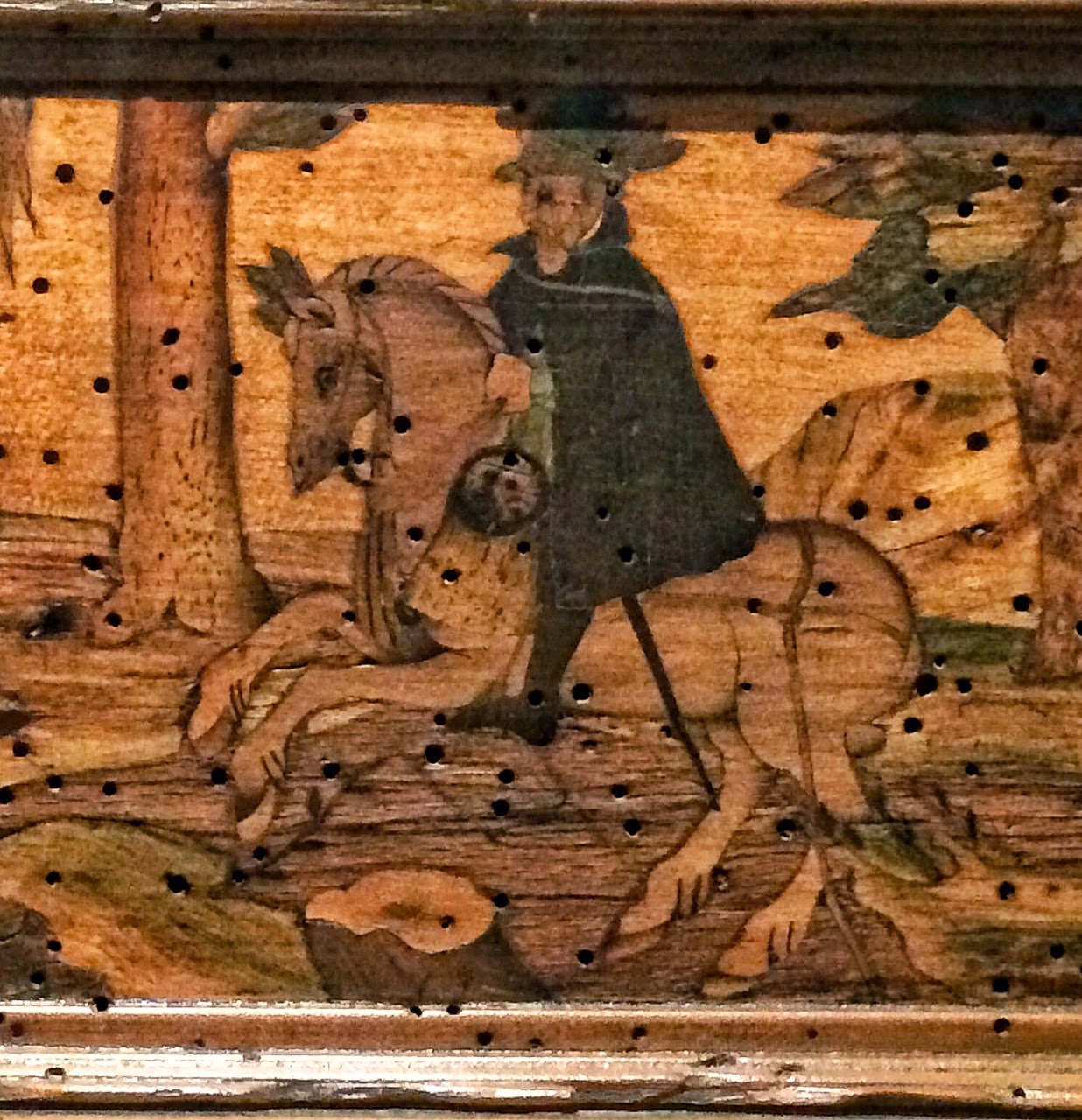 I'm currently looking at details which is my favourite part of art; looking for any clues to build up a better idea of what is going on. This little section concerns a mysterious procession of people towards a stunning 16th century view of Dresden.

The third and final procession of the bench is more open to interpretation than the previous two. However I suggest that this is August returning from a day’s hunting, and present the following reasons. Firstly, his position as riding ahead of the group, which was standard court etiquette, as befitted a man of high status. Secondly, his attire. His clothes initially do not appear overly elaborate, yet his long cloak has a beautifully stiffened collar and a silver chain is fastened around his shoulders by a rosette or other shape. A lace collar peeps out from underneath it. In comparison to the hunters in the various tableaux, he is extremely well dressed for riding in the forest.

Anne de Montmorency and August I

You know me, I relish a good connection. I went looking for a geographical connection between Elector August I in Dresden and the current home of his wire drawing bench in Ecouen. It was unlikely, I admit, but I was rewarded for perseverance so I thought I'd quickly share.


Although the bench is no longer in its original location, and separated from the Dresden art and books with which it would have initially sat, its current geographic location is wholly appropriate. The country chateau which houses the museum in Ecouen was once the home of French aristocrat Anne de Montmorency, (1493-1567) Constable of France under Francis I. He spent his entire life in the service of the French kings and for Catholicism, and was well-known for his martial abilities, usually against Francis’s great rival, the Holy Roman Emperor, Charles V.

Read more »
Posted by Clareangela at 12:48 No comments:

More on the bench: Hunting for a direction

What I am about to describe has never been done so completely in English, as far as I know. The images were afforded a mere quarter of a paragraph in Gunther Heine's 1990 article about the bench. I can't say with the same surety say that it hasn't been done in French or German, but if it has, I haven't yet found it. Given my focus on geography of art, the landscape images were demanding that I take a closer look so I took a flying visit to the Museum of the Renaissance in Ecouen, to look at the those images specifically. This is what I constructed in transit so it's rough and ready.

I need to orientate you so you can piece together a map of the bench in your head. Imagine you are standing at one short end of it, looking all the way down towards the good light and the window. That illuminated end is the end with the image of the man in his workshop and the elaborate coat of arms of the Elector of Saxony. But you're not there yet, you see the monogrammed AM in the landscape. Crouch down and move to the right. Underneath the long jousting tableau, which you've already admired, there is the first square picture. There are four of these, two either side of the end pieces.

Read more »
Posted by Clareangela at 23:06 No comments:

Is Negative Attention Better Than No Attention? 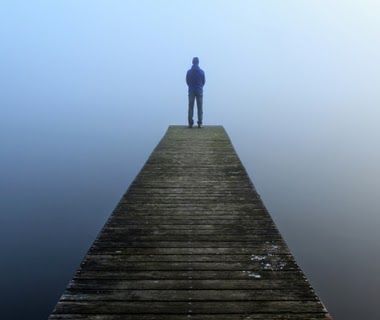 Ostracism, (n), exclusion from a society or group

One of the legal journals I was scanning yesterday brought to my attention a report looking into whether negative attention was better than no attention. Jane O'Reilly and her colleagues believed that employees have a strong ‘need to belong’ within their organisations. So they set out to test whether employees perceive ostracism, compared with harassment, to be more socially acceptable, less psychologically harmful, and less likely to be prohibited in their organisation.
Read more »
Posted by Clareangela at 18:14 No comments:

When you're spending time on a dissertation as fabulous as mine, it takes a very special lecture to distract you. One such lecture turned up and I needed to go! I attended the second John Hunter lecture last year and this year's joint venture organised by the Huntarian Society and the Royal Society of Medicine looked fascinating.

Mr Francis Wells presented 'The heart of Leonardo seen through contemporary eyes' and as the notes said, his 'interest in the Arts is a long-standing in both music and art, particularly in the areas of the Renaissance and the act of drawing. The accuracy and beauty of the drawings of Leonardo da Vinci are of particular interest and fascination'. He has collaborated with Martin Kemp, and last year he worked with Windsor Great Library on an exhibition of the heart drawings for the Queen's Gallery. He has since published 'The Heart of Leonardo', which is presumably from where he drew most of the lecture notes. As he also works as a consultant in the fields of heart valve reconstruction and heart and lung transplantation, the scope of his knowledge and expertise is awe-inspiring.

Read more »
Posted by Clareangela at 12:48 No comments: