A Human View of Current Awareness 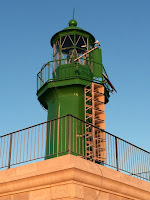 Current awareness has been on my mind recently as I begin the New Year. Most people pick up a free newspaper on the train or bus, or listen to the radio, and it's apparent than many rely on Facebook. Not the highest quality or most reliable sources.

High quality current awareness services are only available to professionals. It’s normally provided by in-house information specialists to scholars, lawyers, doctors and others. But in my view, everyone is entitled to quality low cost alerts from a trustworthy curator.
Read more »
Posted by Clareangela at 17:49 No comments:

Even the methodically moving moon takes on a deceptive speed
As seen from the small windows of this metal and plastic conveyance.
As its crisp flashing harasses the dark lakes below, the benevolent moonlight
Competes with earthy sodium glow and wins in its startling blinding whiteness.
Moonlit clouds quickly obscure the city and in cruel stargazing reversal
Eyes search the ground below for familiar constellations of motorway.
In this topsy-turvey corruption of the heavens, glowing grey gaps appear
Forming a jigsaw of the universe below, Becoming more complete as we climb.
Normality returns. Moon recovers its extreme speed, needing no illusion
To impress our flight's feeble flash. Indiscernible against the street stars.
But for that split second between land and cloud, our disinterested
Satellight overshadowed our city's artificial Big Bang of travelling light.
Posted by Clareangela at 21:43 No comments: