Art History: Back to basics part one 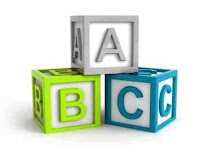 As preparation for further Art History study, I thought I would attempt some questions posed by the Open University. There are two parts to the test, Information and Approaches. I've started with Information. As a further challenge, only emergency Internet was used in the answering of these.

What is meant by the hierarchy of the genres? Can you give an account of its origins and development?

The hierarchy of the genres was evidence of the rationalising methods of the European fine art academies (17th century -) who taught that types or genres of paintings were arranged in a hierarchical order.

The pinnacle was the ‘history’ picture; a large scale painting of serious noble human action – including religious or mythological themes. Portraiture was next because it dealt with the human figure but didn’t require an understanding of the ‘ideal’. Then at the base of the hierarchy were scenes of everyday life, such as landscape and still life. The issue of still life was controversial because the Dutch enjoyed this way of enabling displays of personal wealth and taste in an acceptable way.

The aim of establishing this hierarchy was to elevate the status of artists, removing them from their craft based origins. So the further up the genre hierarchy you wished paint, the higher the level of technical and intellectual ability you required. Not everyone approved of this standardisation of contemporary taste; Denis Diderot (1713-1784) found painting of the French Academy boring and formulaic. Anti-academy feeling was to increase throughout the next century.

If you saw a painting of a female saint with a broken wheel and another one holding a tower, would you be able to identify who they were?

To be honest the saint with the tower flummoxed me. Without access to a good book on the cult of the saints which I don’t have, it is impossible. The saint with a broken wheel is St Catherine of Alexandria. The other one is St Barbara. I think I shall stick to pagan gods/goddesses; I’ve a book on them.

Name four artists born north of the Alps who travelled to Italy during the period from the Renaissance to c. 1800.

My first guesses were way out with only Dürer being correct. Holbein, Cranach and Van Eyck were my first thoughts and I was surprised that they hadn't been to Italy - perhaps my books weren't detailed enough.

In what different ways have the terms ‘the avant-garde’ and ‘modernism’ been understood? Are their meanings mutually incompatible or not?

This question is too broad for a brief answer. Whole libraries have been written about both; indeed, I revisited a piece on modernism earlier in the year. If modernism encompasses an entire cultural movement, to be avant-garde is to be on the cutting edge of that movement. They are not incompatible because you can’t have one without the other.

The Salon de Paris was an annual art exhibition featuring art produced by the Academie Royale de Peinture et de Sculpture and its school only. It had its roots in the 17th century but was most influential throughout the 18th/19th centuries. However by the last quarter of the 1800s, there was a sense that the work it produced and encouraged had become outmoded and formulaic. When a large number of paintings were refused in 1863, the French Emperor Napoleon III ordered that painters whose works had been rejected by the Salon Jury could exhibit their works in a show adjacent to the Salon, so the public could judge. After this and further failures to embrace the new and different, the conservative Salon de Paris went into decline.

Who was the first Western artist since Antiquity to have a biography written about him?

I utterly failed on this one and resorted to Twitter, where every art historian ends up. The first artist to have a biography written about him in his lifetime was Michelangelo, firstly by Paolo Giovio in 1527, then Giorgio Vasari in 1550/1568 and Ascanio Condivi in 1553

After failing miserably with the renaissance art question, this one I knew. Susan Philipz won with her sound art installation in 2010 – the first sound art to win this prize.

Could you name any artists, art works or other defining features associated with the following styles and movements in art: Mannerism, Futurism, Baroque, Minimalism, Neo-classicism, Realism? With what historical period would you associate each of them?

Some of these terms are highly contentious and art historians avoid such general terms such as baroque or mannerism. However movements such as futurism are very explicit and well defined.

With thanks to the following books:
Gombrich, The story of art
Janson, The history of art
Murray, Art of the renaissance
Pooke & Newall, Art history: the basics
Stangos, Concepts of modern art
Williams, Art theory
Posted by Clareangela at 22:46