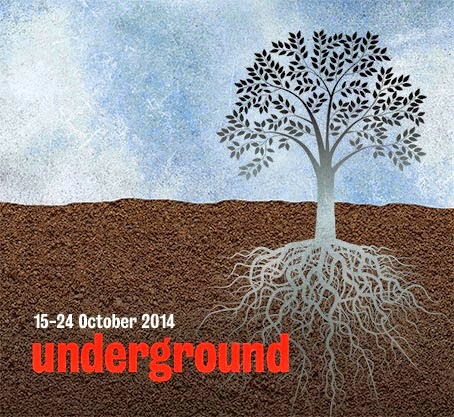 I was genuinely excited about the Mining Literature event, which is part of the Arts & Humanities Festival at King's College London. The blub burbled, 'this panel discussion will explore the representation of mining and miners in literature with examples drawn from the Renaissance to the present. We will discuss the ways in which the labour, science, technology and social history of mining have dug their way into English, American, Canadian and Australian literature'.
After completing a dissertation which looked at mining as part of an interdisciplinary exploration of an art/science object, I felt a kind of relief that other people were using 'mining' as part of their studies. Because, frankly, it's a niche topic and I had no idea that others were interested.
When I was writing I felt drawn to the language and literature of the miners and mining communities of early modern Saxony. Sadly I was limited by word count and already struggling to keep a wide topic under control. So with ferocious effort, I consciously didn't go further than making tentative notes in Dan Everett book on language, and storing websites outlining some of the Erzgebirge myths. Although German wasn't mentioned in the description above, I was hoping that early English literary examples would offer a useful starting point, and perhaps offer a way in to  the German myths. After all, Queen Elizabeth I had invited German mining experts into England to assist with technological developments, so there were connections.
I was to be slightly disappointed.
The chair, Professor Gordon McMullan (King's College London), was the first to admit that the thriving academic topic of mining literature wasn't his area of expertise, and sadly he was the only Renaissance scholar there. He introduced the event beautifully, outlining various interconnected coincidences. Firstly the date - 21st October 2014 was the 48th anniversary of the Aberfan mining disaster, and secondly, the room we were in was named after Professor John Kevin Tyrie Llewellyn Nash (1922-1981) who was expert witness for NCB in the investigations that followed the tragedy. This sombre feeling set the tone for the majority of speakers who were predominantly interested in researching mining as a destructive force, with devastating consequences on the landscape and workers.

First up was Janet Floyd whose research and teaching have focused on nineteenth century American literature and culture. Her talk took a look at a photo from an incident in a Ukon mine (1899). The photographer was not a journalist, but by an 'insider', an enterprising miner/speculator/investor. So it has an ambiguous function as a record of disaster, an image of reality, and a personal insight as to friendship in remote places. But it is an art historical object too. A fascinating place to start an exploration of mining - whether as a place of terror or a place of speculation/imagination.


Next was Rosalyn Buckland, PhD candidate at King’s College London, in the department of English. Mining as harbinger of death and disaster was pursued further as she opened with the shocking state of Turkish mining:
[A mining disaster in Soma leaving over 300 dead]  has sparked small-scale protests in cities around the country from demonstrators angry at what they see as the cosiness of Erdogan's AK Party with tycoons, its failure to ensure the safety of workers, and his insensitivity. Erdogan has done little to ease the tensions. He expressed regret for the disaster during his visit to Soma but entered a press conference there armed with a list of mining accidents starting in Victorian-era England, when children worked the pits by candle light and oil lamps, to defend himself against any suggestion of political culpability. "Explosions like this in these mines happen all the time," he said, reading off examples dating back a century and a half.

Erdogan's flawed comparison with non existent mining (and industry generally) health and safety in Victorian England was a perfect way into her subject. She has been investigating the works of Charles Dickens, Henry Morley, and indirectly, Wilkie Collins. They were all keen social reformers and used their considerable writing skills to persuade the public that what was happening to men, women, and children of the mines was wrong. Until then it was a normal part of life, and outside the communities in which accidental death was a part, reports of owner carelessness and negligence didn't reach the national papers. She ended on an intriguing note, as relevant now as it was in Victorian times; when you're telling stories around the safety of the fireplace, merrily and warmly burning coal, remember that people may have died extracting that which fuels the fire.

Adelene Buckland's main research interests are in literature and the history of science. Her current focus is on coal, gold, diamond and lead mining in the 19th century, with a particular focus not only on novels, short stories, periodicals and poetry, but also - and especially - on science. She started with the writings of John Aikin who in his book of 1777 suggested that it was impossible to use poetry to describe the mineral world. Comparing this with the 'indulging of the imagination' of the massively influential Charles Lyell, who suggests that the earth's geological changes take us to the limits of reason because we cannot see inside the earth.

From this premise she took us through various poems, from Pope's Rape of the Lock (1712) to Sargent's The Mine (1785). And then she lost me ... we headed into mining and alchemy which should be a reasonably familiar area but I think she is struggling with some of the concepts which even now flummox science writers. If you're going to use flowery language to describe the wonders of the universe, the science may struggle; and vice versa. How do you engage an wider audience, if the writing is so scientific? Science and literature are linked but you have to have the language of both in order to make sense of it.
Philip Mead
And finally there was Philip Mead, Winthrop Professor, inaugural Chair of Australian Literature, and Director, Westerly Centre. Philip’s research in Australian literature is at the intersections of literary studies, cultural geography, history, literary education and digital humanities. His talk was on indigenous literature and extractive industries, with a large piece of it on the works of Marcia Langton. With great apologies to him, I couldn't follow his argument at all.
There was no time for questions sadly but I'm not sure I could have asked anything without sounding a little petulant. I'm not sure that you can talk about mining without covering some of the scientific texts of the early modern period; without an excursion into central European myths; or even looking at the creative and transformational possibilities of mining. So it's down to me to write something sensible to justice to the interdisciplinary topics surrounding early modern mining, literature and language.
Posted by Clareangela at 16:37