Should the law be used to stop 'Uberification'? 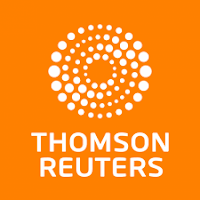 This is the fourth and final debate in this Thomson Reuters series. Having attended two of the others, they have offered an entertaining yet expert view into wide ranging topics such as Right to Be Forgotten, Corporate Crime, and Human Rights. All of these debates can be seen on YouTube and this one will no doubt go up soon. Whether the law should be used to stop 'uberification' was the final motion to be debated and promised to be controversial from the outset.

A question from the audience asked for specific figures but apart from saying jobs had been created - 20000 in 3 years - nothing was forthcoming. No allegations of driver exploitation were refuted.

What I came away with was the need for a balancing act - the debate shouldn't be polarised between 'banning uber' or 'protecting the status quo'. Rather idealistically, it could be argued, I believe that the law isn't there to stifle innovation, but instead be there to protect the most vulnerable from exploitation. But I strongly believe that people have to take responsibility for themselves and if they are wronged, they need to take action. And sharing platform companies need to look at their own ethics and change from within before the changes are forced on them.
Posted by Clareangela at 23:45