Introduction: From Politics to 'boozing and praying princes' 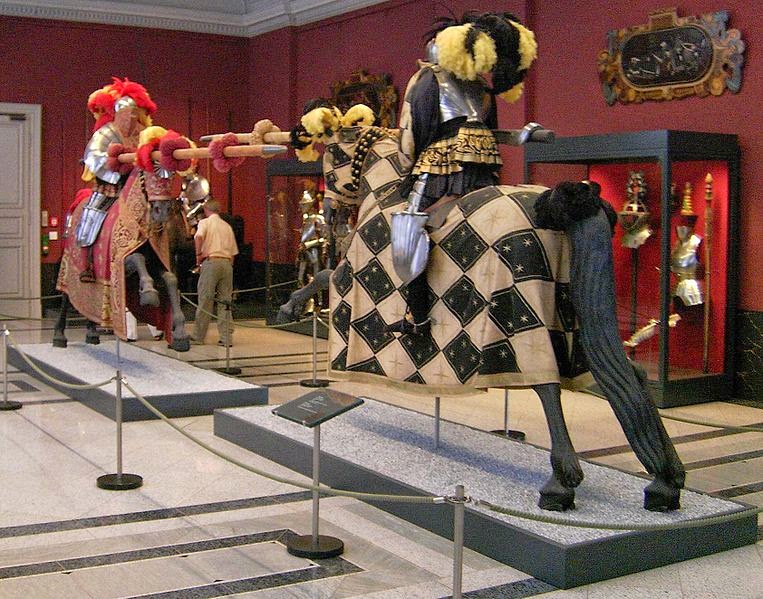 The Wettin rulers’ journey from margraves to kings was not an easy one. The most serious period of instability occurred in the years prior to August, and it was only through the political astuteness of his immediate successors that the House continued and he was able to establish a peaceful rule. The importance of religion in their struggle for power and land cannot be understated, and much of the instability experienced in the 1520's was exacerbated by the Protestant reformation.

For instance, the devious side-changing Protestant Mauritz fought for Catholic Charles V against the collection of Protestant rulers within the Schmalkaldic League which was defeated in 1547. For this service, Charles V awarded him the title ‘Elector’ and the fortunes of the House of Wettin were further improved. Under Mauritz’s brother, August, peace within the Holy Roman Empire was fostered and he was instrumental in negotiating the 1555 compromise treaty which emerged out of the Imperial Diet of Augsburg. Modern commentators such as Jochen Votsch recognise that August was a skilled politician, achieving considerable territorial gains in a peaceful manner.[1] He was able to create a state which was ‘a model of successful internal development…known for financial stability, support of mining, science and technology, and reforms in the domains of justice and administration’.[2]

Entire swathes of literature discuss Martin Luther and the Protestant Reformation.[3] However for the purposes of this study I intend to concentrate only on aspects which affect the interpretation of the bench. Its decoration recalls some of the most disturbing manifestation of Christian sectarian, that is to say mockery of Catholic ritualistic practices and clerical humiliation as perpetrated by Protestant reformers. It is notable that this was instigated both by the population and the court, there seems to be little to distinguish such events. This raises questions regarding electoral influence on his people, as well as how far was he reflecting popular opinion regarding Roman church practices.

Examples of carnival behaviour included having ‘four monks pull[ing] a plough through the streets to the accompaniment of satirical verses…there was also a mock hunt of monks and nuns through the streets, these finally been driven into nets "as one was accustomed to do in the hunt"’.[4] Carefully constructed and costumed court tournaments became increasingly religious in theme from 1574, marking a turning point in August’s change in policy regarding religious tolerance. For instance the emotive story of David and Goliath was played out, ‘the hero of the encounter, the champion of True Religion against the Philistine, David, is played by none other than the Elector August himself’.[5] The significance of this tournament is clear, whilst the decoration on the bench from earlier in his reign reinforces Saxony’s enduring confessional tension.

South Germany remained the leading and most influential centre of quality armour production, again mainly due to the constant battles, therefore August had geographical proximity to some of the best craftsmen and engineers in order to fulfil his passion for armoury.[6] His armoury collection was housed in the New Stable on Augustusstrasse, where the Procession of Princes is now. Heinz-Werner Lewerken points out that the collection multiplied tenfold, and continues with a list of objects it housed, which includes helmets, shields, rapiers, swords, firearms and riding equipment.[7] Although I do not count August amongst the 'boozing and praying princes',[8] as mentioned above, given that between 1543 and 1566 he took part in 55 jousts, it is fair to say that he fully enjoyed and participated in the sports and courtly pleasure pursuits on offer.[9] Helen Watanabe-O’Kelly has written extensively in English and German about tournaments at the German speaking courts and indeed, tournaments, jousts and hunting remained popular all over Europe until well into the eighteenth century.[10]

There were a number of reasons why these events were important. People enjoyed the spectacle but it was never mere entertainment. Whilst they are watching or taking part, a national leader could deploy propaganda, ‘in the profoundly serious political exercise of displaying his or her magnificence’ in order to bolster the status of the monarch to those at home and abroad.[11] As indicated above, the German states were in a permanent state of religious turmoil and prolonged warfare, so leaders used the tournament practice warlike skills and demonstrate their martial capacity to one another.[12]

Warfare technology was changing. After the middle of the sixteenth century, the increasing effectiveness of the pike, the crossbow and the firearm meant that cavalrymen and their mounts needed to be more mobile and more agile .[13] Unsurprisingly this period saw developments in horsemanship and ‘managed’ riding so tournaments offered an opportunity to practice these new Italian arts. Therefore the joust became a relic of a previous chivalric age and in 1574 the Dresden court staged a running at the ring for the first time. Proof that despite his clear affection for the joust, August’s tournament practice kept pace with international warfare developments

Tournaments and spectacles also fulfilled another role. Although costume tournaments became fashionable during the second half of the sixteenth century comment, it was common for the participants as hunters or boatmen. However Watanabe-O’Kelly demonstrates that the theme of mining is presented again and again and it is peculiar to Dresden. It is given great prominence, in that the electors themselves commonly lead these mining inventions and dress themselves as miners.[14] She states that the first group of miners to appear was in 1561 for the wedding of August’s niece Anna, to William Prince of Orange. They appear again in 1574, under the protection of the god Mercury, the God of all metals, as he is called in a manuscript account of the tournament. She concludes, ‘Mercury was Elector August himself and great care was taken in the realism of the miners' costumes and accoutrements’.[15] The reason is simple; mining was the source of Saxony’s wealth.