Don’t Free Citizens Need The Right To Be Forgotten? 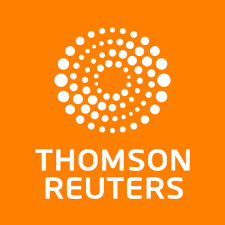 Last night saw the inaugural debate of the new Legal Debate Series organised by Thomson Reuters. It was a timely discussion around the highly contentious issue of an individual's right to control their own digital footprint and legacy. On May 13 2014 the ECJ backed the 'Right to be forgotten' and ruled that individuals can request that Google and other search engines remove links to 'inadequate, irrelevant, or no longer relevant personal data'. The blurb continued, 'the implications for search engines, social media operators and in fact, any business with EU operations are huge'. Having already written about litigation and data protection, I was interested to hear if anything new could be brought to the debate.

Part of the issue is the philosophical clash between Europe and the US over the opposite stances taken on data protection and privacy. As was explained in a recent lecture, and stated in one of the most intelligent articles that I have read on the subject, historical events are key to these differences. However despite these, Google appear to have taken a 'can do' stance; David Price, lawyer, said, “after the decision, we all made frowny faces, but then we got down to work.”

First up to argue for the right to be forgotten was Geoffrey Robertson  who passionately, eloquently and entertainingly stated his case. I'd forgotten how wonderful it was to be addressed by a true orator; someone who knows how to present. In his little over 10 minutes, he covered human rights arguments about family and private life being an intrusion free zone and the anguish caused when this zone is violated. As a core right, we require control over our information, and a balance between free speech and public interest. He mentioned key moments in data protection and privacy which gave us control over information about spent convictions, and ensuring that credit agencies had the right financial information.

New technologies have presented new challenges and our online foot prints are available to all. He continued that the Google v Spain decision was logical and privacy should override economic interest. He also mentioned the recently IPT judgment Liberty & Others vs. the Security Service, SIS, GCHQ regarding illegal surveillance under Prism - we are giving a lot of information away. Therefore we have a right to ensure that the information stored is lawful, fair and accurate, and not damaging to individuals. We have a right to control it, a right to private life, a right to consign falsehoods to oblivion, and finally a right to be remembered appropriately.

Next up was Sir David Omand, previously director of GCHQ. In hot debating style he quickly rebuffed the Prism judgment and stated that not only was he not personally involved, but that Geoffrey had misrepresented the facts. Although Prism had contravened Articles 8 or 10 of ECHR, it complies with those Articles, so it was a technical breach.

He stressed the implications of the 'right to be forgotten' being added as a fundamental human right - could it really be included with such essentials as freedom from torture? He suggested that this is too strong an interpretation and should be a qualified right. We already have strict privacy rules around bank details etc. However if something is in public records then it's in the public domain. As he said, you can't unscramble an egg. It's about limiting harm and how the legislation is applied and developed.

Perhaps there should be a law of digital tort; not so much a right to be forgotten, but a right that search engines will take down material, especially if it breaches copyright or is defamatory. If material is still in the public domain and the search engines aren't indexing it will make journalists work harder for the information. He raised questions around increasing clashes of jurisdiction, who judges 'public interest'? Who is responsible for the erasure of third party data? He concluded that the whole thing was not thought through.

Of course what he didn't anticipate was today's report on the illegal surveillance of lawyers and their clients...

The second person to speak in support was Joshua Rozenberg. A slightly less flamboyant speaker than Geoffrey, nonetheless he made a personal plea for the importance of privacy. As a public figure, he is well aware of the danger of online indiscretion and how lives can be affected by an invasion of privacy. He has no problem with terrorists being monitored but said that collateral damage has to be limited. He added, if someone commits an offence when they are younger, then it should be forgotten later in life.

He moved on to hacking and mentioned the recent Mirror apology to victims of hacking. He added that the newspaper had set money aside for compensations claims, so perhaps the apology has a whiff of damage limitation about it. The messages illegally accessed on people's phones were private and designed to be forgotten in a few days, they were not for public consumption. He questioned whether this was the price of fame/notoriety? Other stupid actions which would have been forgotten in the past include the New Zealand couple that unwisely had sex in front of a window, opposite a pub full of people with cameras on their phones. Although the filming was unlawful, actions will always have consequences. Modern technology means that these consequences will be much more pronounced than in the past.

He said he had sympathy for the Spanish man in the Google case. He had a simple and straightforward right to limit harm done to his reputation. The ECJ rightly stepped in and although they cannot stop the information from being there, their gesture regarding the balance of privacy and public information was done in the right spirit.

Finally was the man from Google. Peter Barron, Director of Communications EMEA, presented a balanced set of facts and figures. He set out what Google had done in the past regarding the removal of illegal content, as well as what they were currently doing in order to comply with take down requests. He denied that Google would take down material without careful consideration, indeed, out of the 219000 requests received, 40% had been removed. Where there was a public interest. the request would be rejected.

They are not taking down links without a great deal of thought, as he said, they needed independent expert input because they never wanted to be in this position. They recognise there are a great many issues to be addressed and they are still investing in learning processes and taking on board EU ideas around privacy. Again, it is that culture clash regarding data protection and the difficulty of the application of rules to companies outside EU. All the time the EU Commission wants to go further regarding responsibility of third party links. Everything needs more work.

The concluding remarks from the support mentioned data which is true but used in a misleading way, for instance malicious insertions on Wikipedia, which can be corrected.

Those against the motion concluded with comments about the lack of EU versions of Google. What about EU search start ups and the need to stimulate a hi tech environment? Google has the resources to deal with such a ruling but a smaller company wouldn't. These regulations will be a simple cost of business which is scary. David Omand stated that simple gestures cheapened actual rights; how can we go into the future with twentieth century thinking?

In the end the electronic polling showed that the motion was defeated - free citizens do not need the right to be forgotten.